November began with the rhythm of drizzling rain… 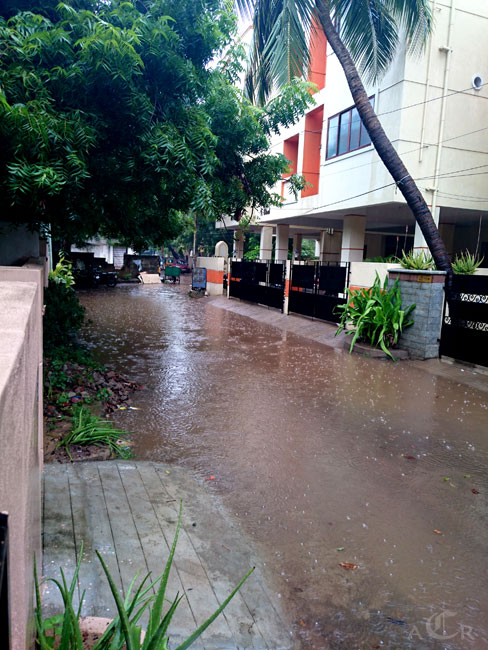 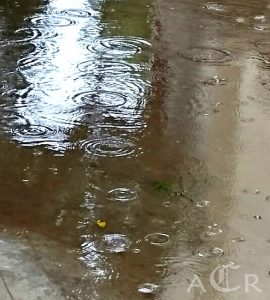 I could barely focus as drizzles turned out into heavy downpour.  In ten minutes, the street looked like Umngot River. All the turbidity washed away leaving clear water and made it easier for me to walk gazing through the ripples in water. The rippling water reminds me of Newton’s ring from my physics class. Poor me! I couldn’t figure it out under the microscope in the Physics practical sessions and hardly could measure the distance between two rings. Though the idea is grasped, the performance seems to be elusive. Perhaps, that made me to grasp the Newton’s rings now!

The other day, I got drenched in rain playing around to feel the touch of fresh earthly shower! It’s a better relaxant as long as you don’t catch cold. Zeus hesitated, unsure of what to do!  If not the thunder, I would have stayed for some more time enjoying the cold shower.

Besides rain, it becomes very difficult to get cab to reach office with the hiking price. After an hour of searching in two apps, I got a cab in one and that too twenty minutes away from my place.  Holding the umbrella in one hand and mobile in other, tracking the cab made me feel that I shouldn’t have started from home today.. And, every time they reminisce Dec 2015 flood and how I had held up in the rain.

I had to stay at Office as the cabs were canceled due to heavy rain. The relentless shower continued until dawn.  Half past seven reached home in the morning.

HAS MARRIAGE EVER BECOME A COMMODITY?