Our second day began with a trip to Fort Aguada Goa on Sinquerium beach. It’s a 15-minute drive from Calangute. Post our breakfast in the hotel, we started early to reach Sinquerium beach. The drive through the city is fascinating. 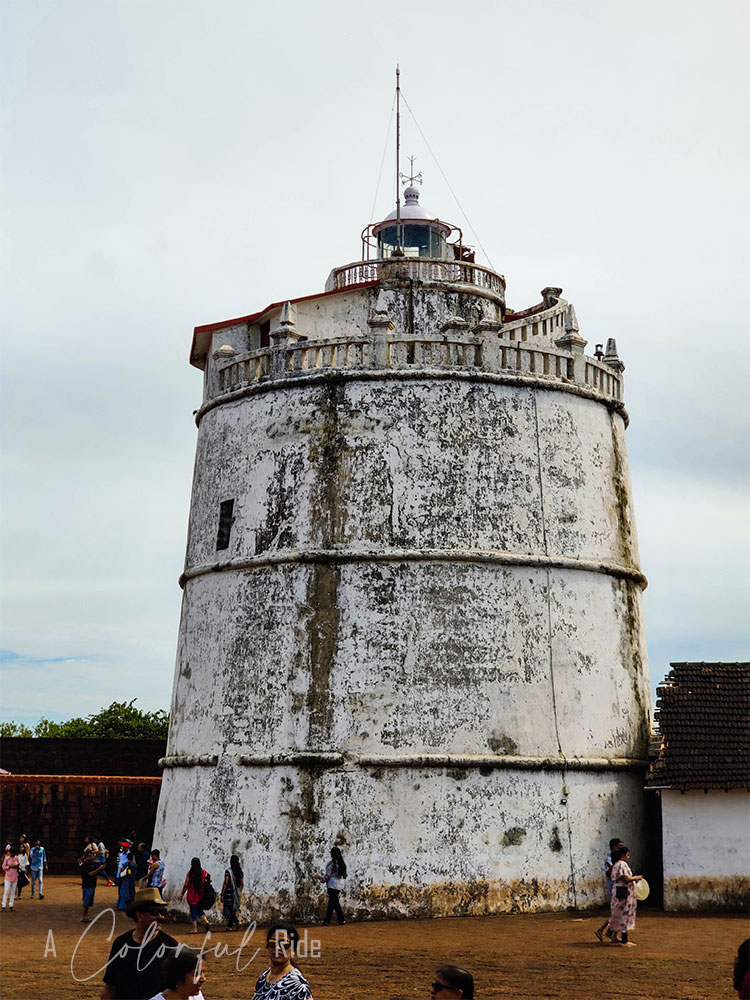 Why is Aguada Fort famous?

The remnants of a Portuguese Fort stand exquisitely with a lone lighthouse along the shores of Sinquerium beach. It was built in 1612 as a vantage point to serve as a watering station for ships. While the lower part of the fort acted as a safe dock for the Portuguese ships, the upper part of the fort holds a moat, underground water storage chamber, lighthouse, gun powder room and bastions. A well-preserved legacy of the Portuguese! With its captivating seascape, it is one of the most instagrammable places in Goa, which attracts lots of tourists. 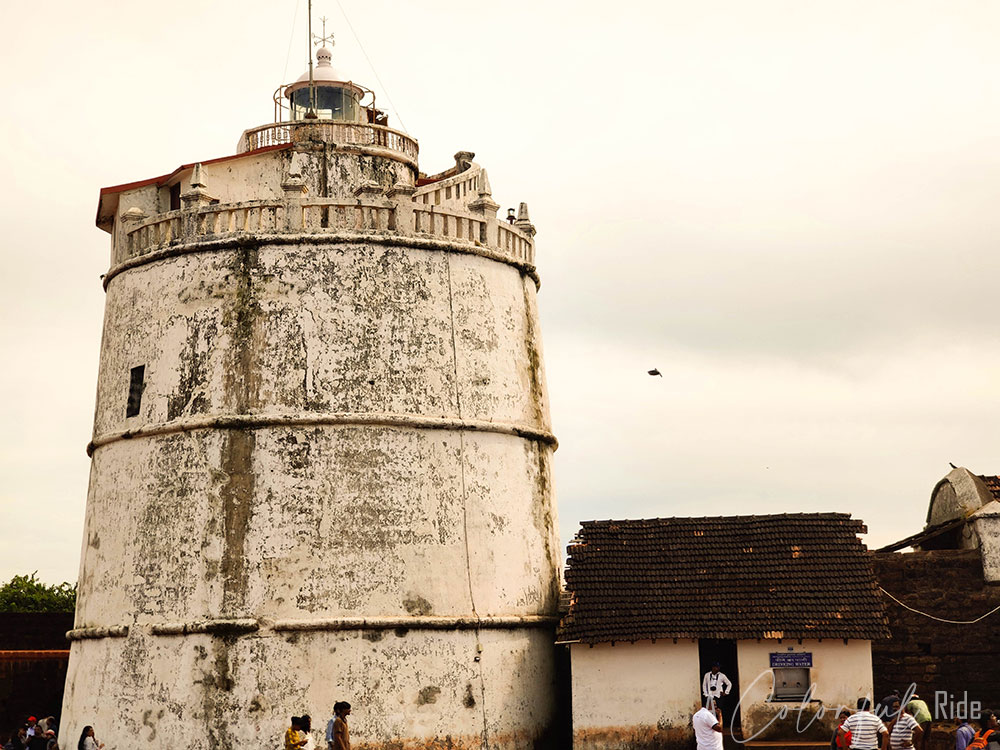 We reached the place exactly with Google map savvy. Though there’s no designated parking, you’ll be charged 50 Rs for parking your bike.  An entry fee of Rs. 25 (For Indians) is charged per person and an early bird can avoid the long waiting queue.  And, 300 Rs is charged for foreigners which is totally unfair. 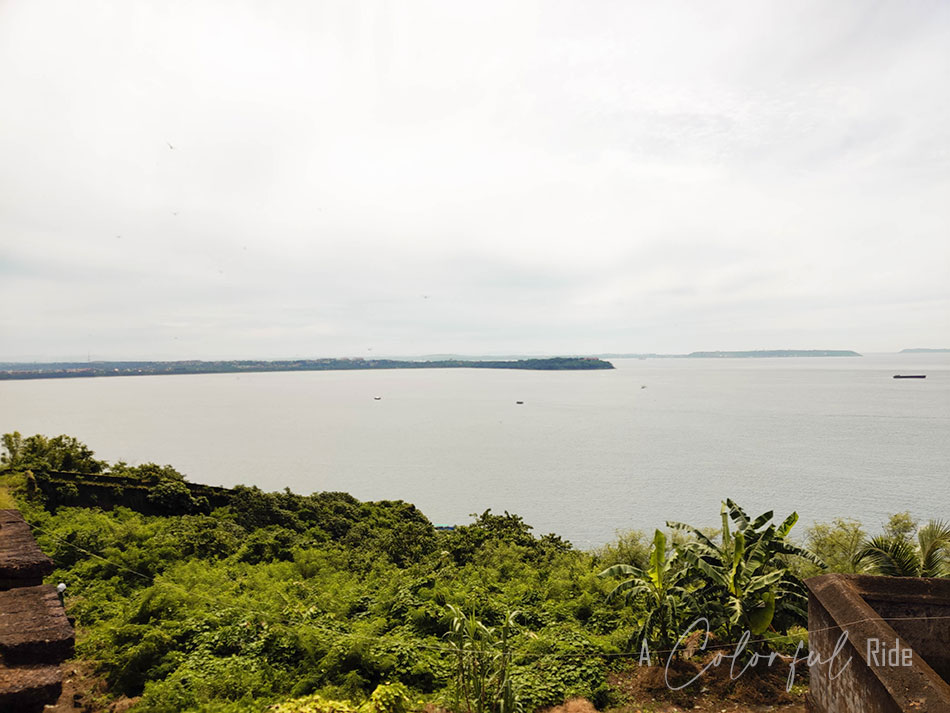 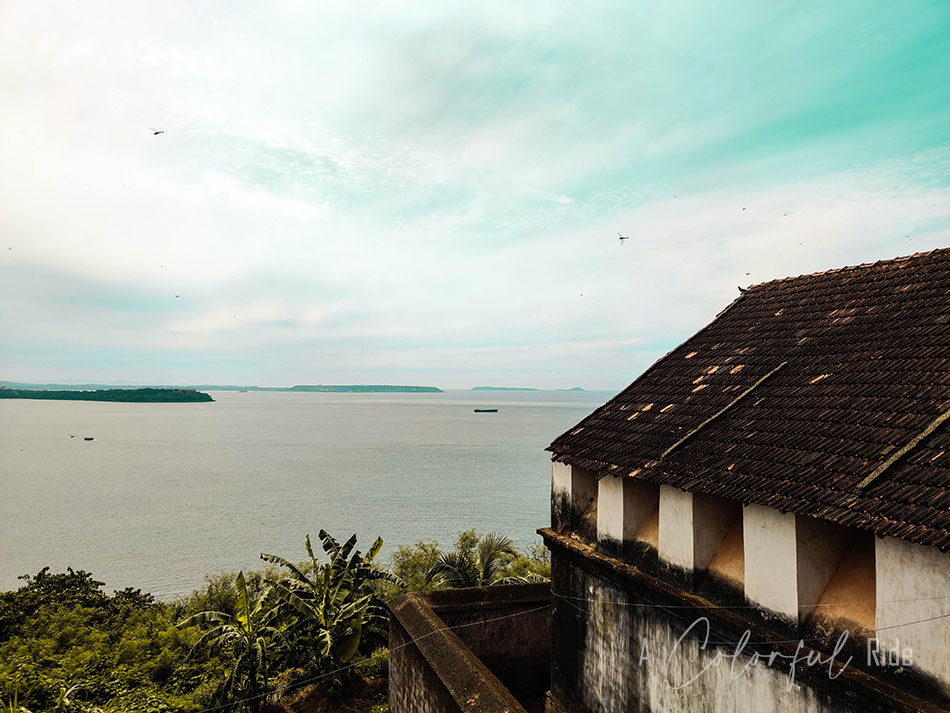 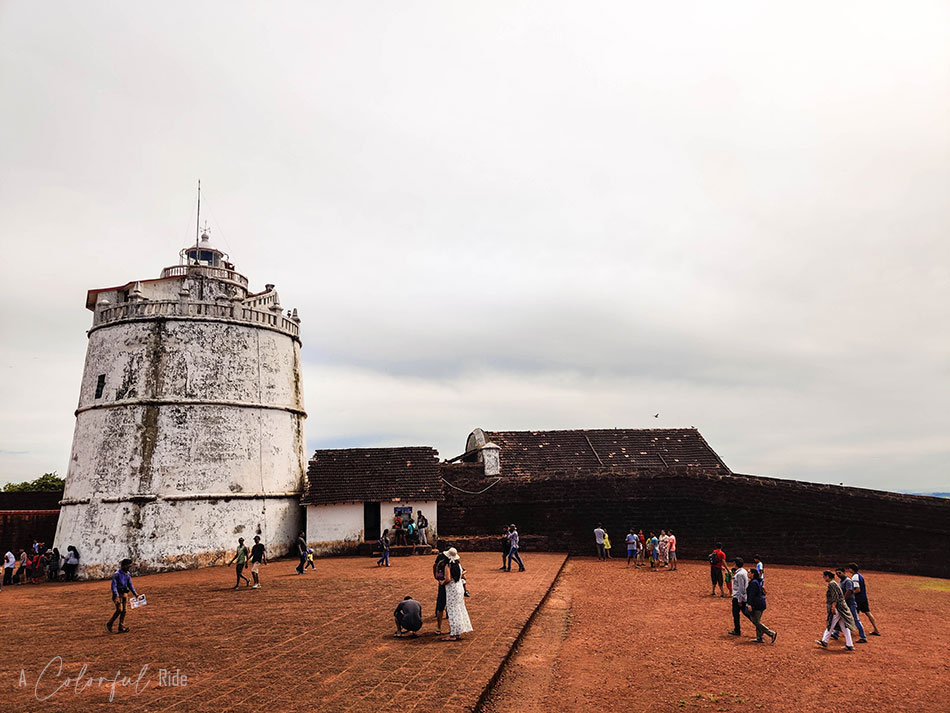 Consequently, Fort Aguada Goa offers nothing much but disappointment, if you’re travelling from South Goa. Besides, there’s no public transport available in this place. If you’re running short on schedule, better give a skip to this place! In short, it’s not worth the time and money spent. 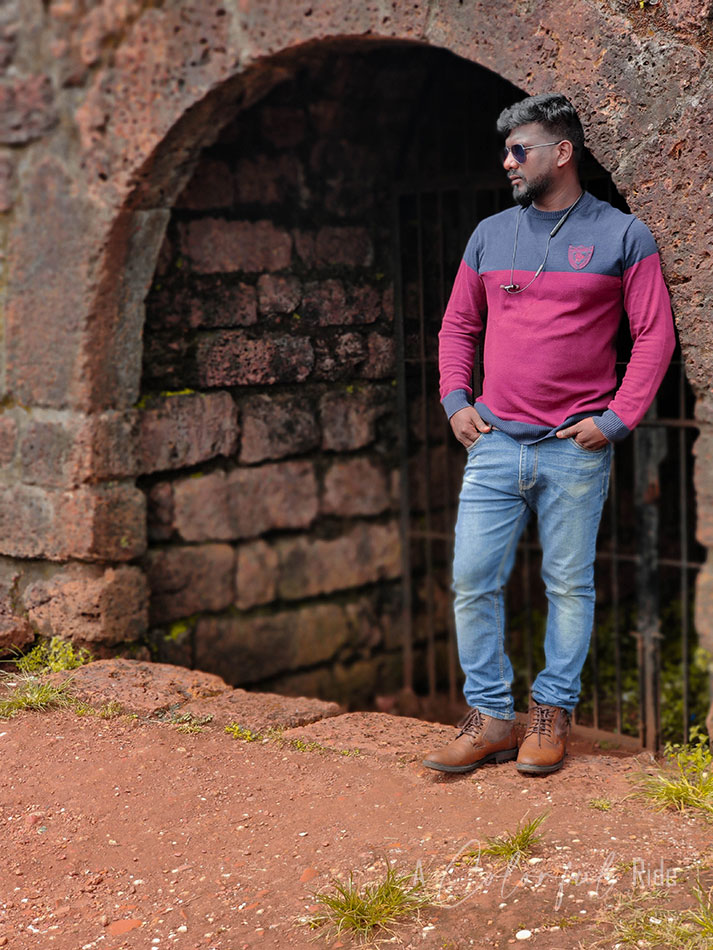 There’s an interesting scam prevailing in Goa and you should be aware of it.

Moreover, it’s a sort of timeshare scam. When we parked our bike, a guy approached us to scratch a card for a lucky draw which was free of cost and told us that we were the first couple who won the lucky draw that morning.

Further, he enquired us if we had a credit card with us and asked us to visit their hotel to collect the prizes. By all means, we politely ignored them and went for sight-seeing. However, when we came back to the parking lot after an hour, he identified us so accurately out of the thousands of tourists there. 🙁  He came over to see if we could visit the hotel today.  Whatever, we ignored them and left the place quickly. 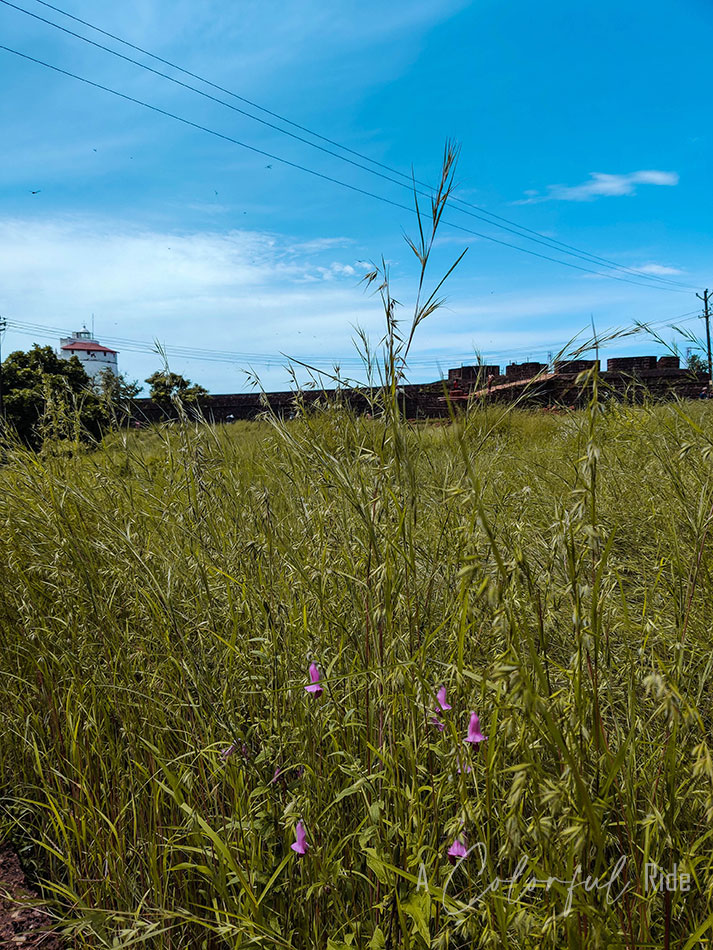 It was around 11 AM, we moved to our next destination – Candolim Beach.

Take a look at our first day trip to Calangute and Baga Beaches, Goa. 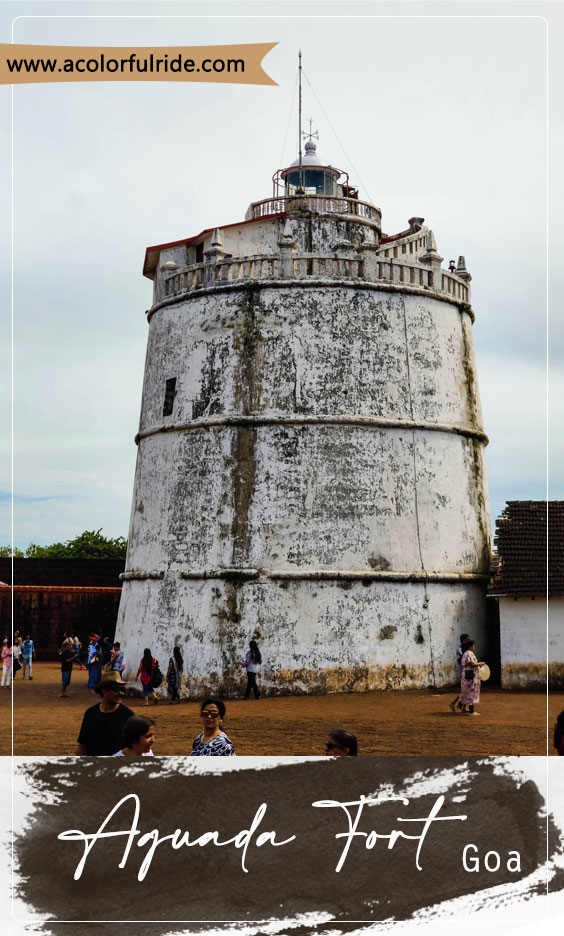 HOLIDAYING IN NORTH GOA – WHY IS IT SO SPECIAL?