Life is full of unexpected surprises…You never know what will happen tomorrow! Dec 2, 2015 – The city came to a halt.. Incessant rain brought Chennai to standstill! 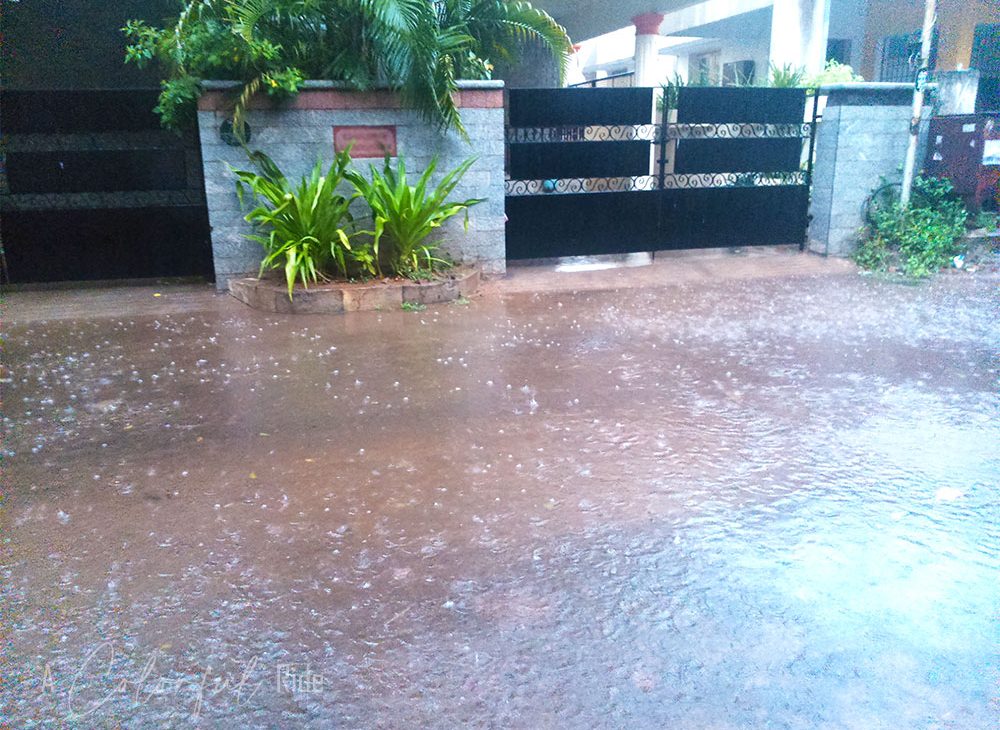 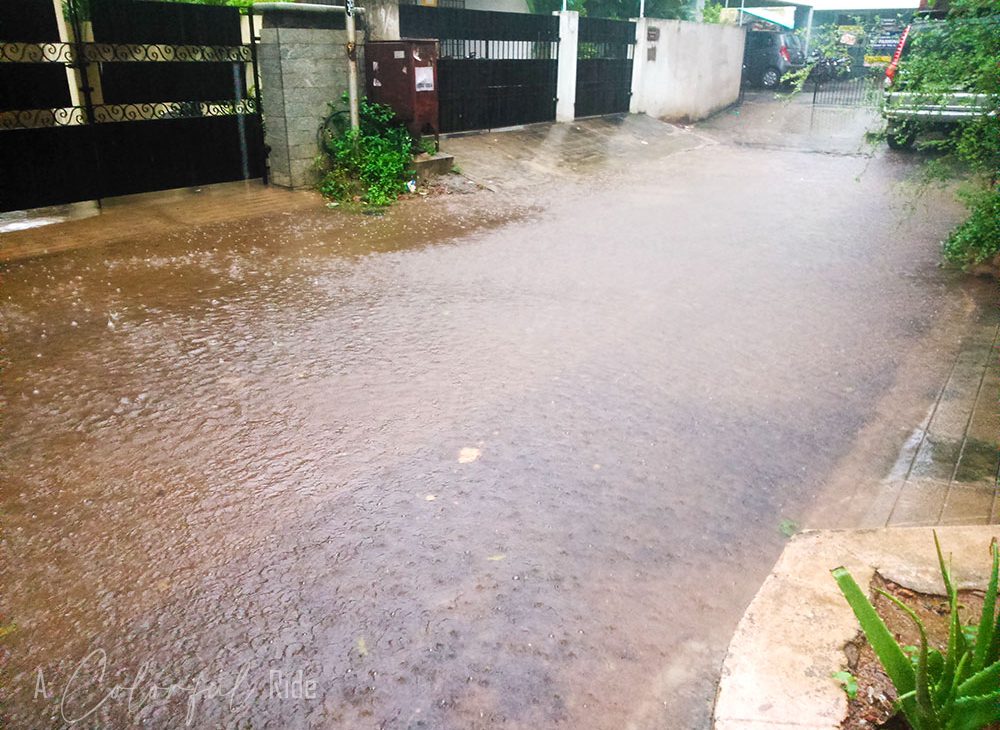 Despite the rain, I booked a ride and left to work at 3:30 in the noon. Riding through the water logged roads in auto made me realize that I slept for hours and never had a clue of continuous down-pour.

As time flew, the rain started to get heavier and heavier. I had to stay in office as the lake waters were discharged which inundated all low lying areas. There were quite a few colleagues who had to stay in office due to this mishap. None of us, could sleep and we were checking on transportation facilities available in the city to leave home early in the morning.

The rain stopped and we were informed on the last shuttle that would drop us in the city which would help us to commute further to reach home safely. Unfortunately, the last shuttle that left the premises returned due to water overflow in the canal nearby. My sister and I, work in the same premises in different blocks. We met and decided to check on what’s happening outside. I called up my mom and informed her that I’m safe and would be leaving office with my sister. And that was the last call, I made from my mobile! No network later.

We took our bags and set out to walk for an adventure. We could see other buildings next to our premises were sub-merged in flood and bridges were closed due to overflow in the canal nearby. With water logged roads, we were completely marooned as in an island! An auto driver told us that he would drop us in the near-by bus stand so that we can reach the city with a fare of 150 buck. Well, the 2 km ride was like sailing in the boat across the flood waters, so the hefty fare was quite vindicating.

We took a MTC bus and the ride ended at tenth stop. We took an auto from there to reach home. All the roads were flooded and people could commute only through buses.

By the time we reached home, the power was shut-down completely and there was no network in the mobile. It was sheer luck that the streets on the other side weren’t flooded as the arterial canal flow through opposite side. However, if the rain continues to downpour then there would be an alarming increase in water level which would subsequently inundate the opposite side as well.

So we started to work on assembling disaster kit to ensure on family’s vital needs. We packed all our certificates and other important documents and sealed it in a polythene bag. Drinking water, blankets, food, first aid kit, flash lights and food for pet were kept readily available.

We ran out of candles… As the catastrophe struck post the festival of light, we had plenty of diyas which helped us temporarily as lighting for night.

I couldn’t sleep that night and left in thoughts. All disaster movies gave me nightmares! I felt, as though life was taken back to Stone Age. It was a moment that tomorrow becomes uncertain to me… I could only pray for the people out there to save their lives. 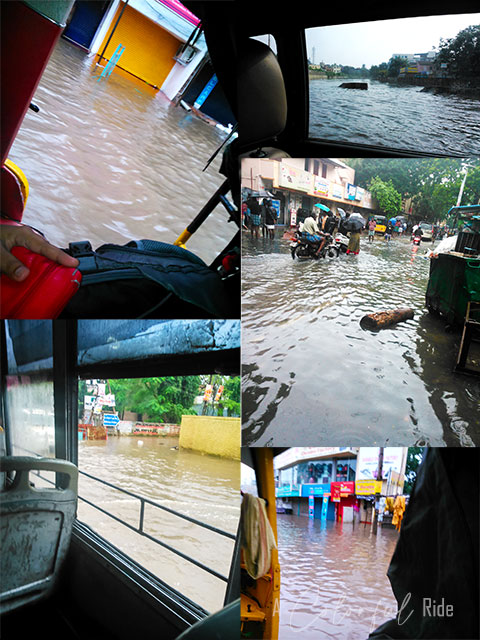 Water started to recede slowly. People on the other side of streets were rescued and moved to Marriage Halls and Schools, which turned out to be momentary shelters. Teams were formed to help the people in shelters. Some of them collected dry clothes and we gave our clothes and few blankets to help them.

By the noon, power resumed for us and we were checking on every news channel for update on City flood. Chennai city was completely devastated by the flood. Rescue and relief operations were carried out by Army. It was so heart-breaking to see few places submerged completely in flood.

Indeed, it was an adventure for the continued existence of mankind etched in the History!

Later at night, I got a call from my office in Pune requesting to re-locate as a part of business continuity plan. I left the city on 4th of December and returned on New Year!

It wasn’t the rain that brought the city to halt! Discharge of excess water from Chembarambakkam Lake and physical encroachment of river channels, flooded the city.

Hope, it would be an alarming call for everyone to protect and to preserve the Earth!

WHAT ARE YOU THANKFUL FOR?

THE BOOK OF 2021 – CHRISTMAS DECORATIONS