By the time, we arrived at Shaniwar Wada; it was 12 in the noon.  It was blazing high in heat. Perhaps, the trip to Shaniwar Wada was one of the best of a dream came true after the movie Bajirao Mastani.  All over again, reliving my history class! 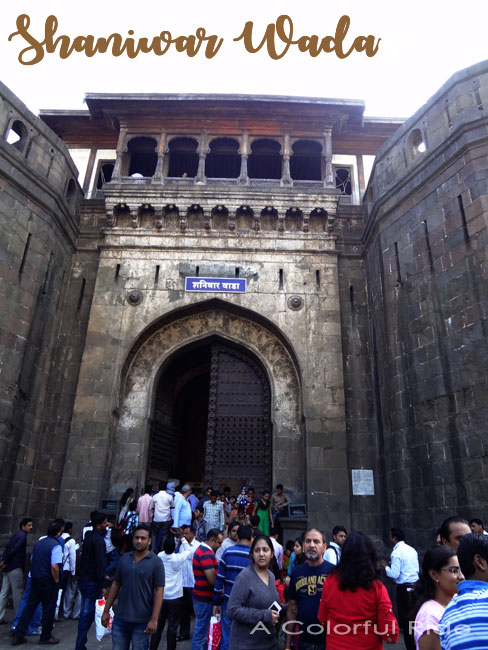 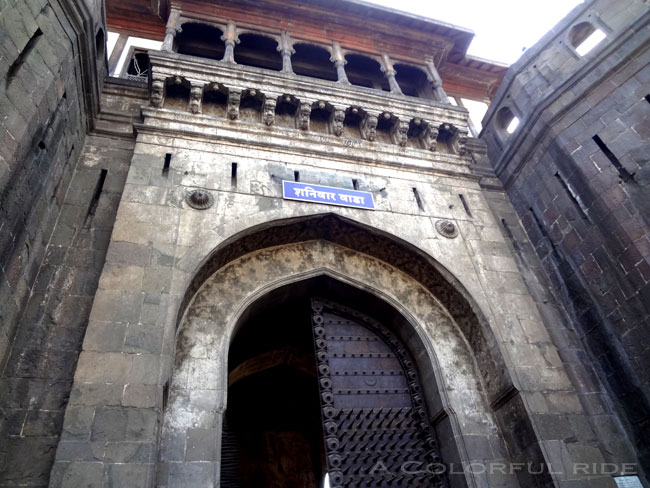 The first thing one sees is a huge iron gate with sharp iron spikes protruding out the iron doors. Steeped in history, the fort has a story to tell. 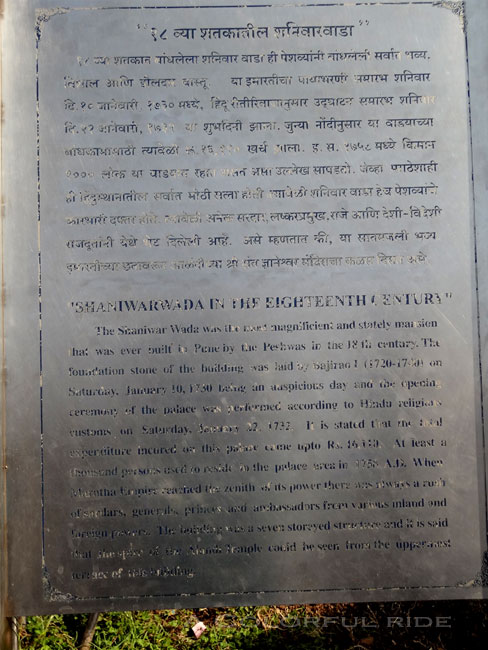 Peshwa Nana Saheb (Balaji Baji Rao) held the grandeur of Maratha Empire after the death of his father Baji Rao – 1. After his time, one of his three sons Madhav Rao became the heir to the throne. Battle of Panipat swallowed up the lives of two brothers leaving the 16-year old Narayana Rao alone in the hands of his Uncle Raghunatha Rao. His wife sets up to kill Narayana Rao out of her insatiable hunger for the throne. He was brutally assassinated and ran inside the fort screaming, “Uncle save me”.

This fort has also faced the wrath of young Peshwa as it stands a derelict haunted mansion. There’s a myth, it’s the king who still screams down in the remnants of the fort during full moon. 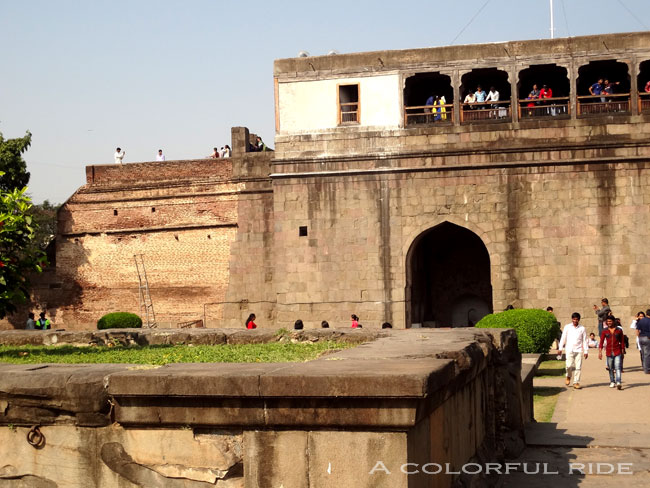 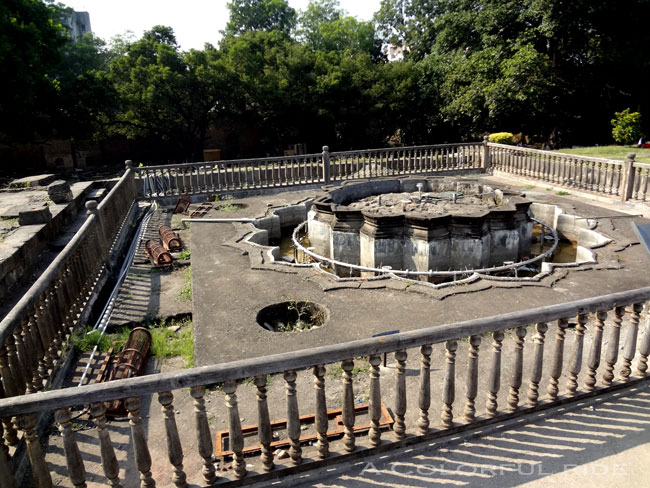 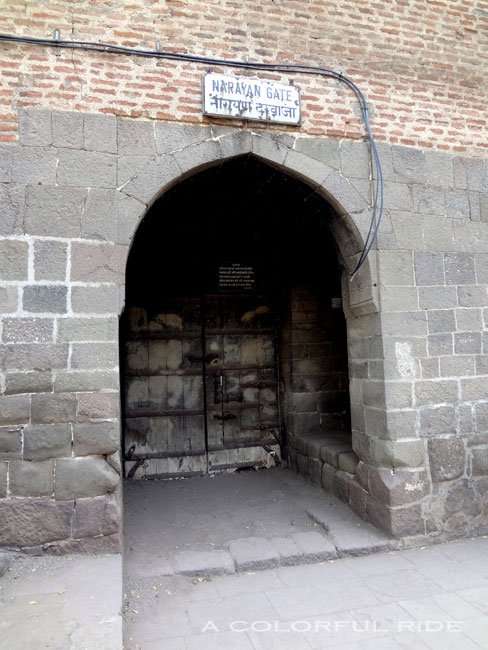 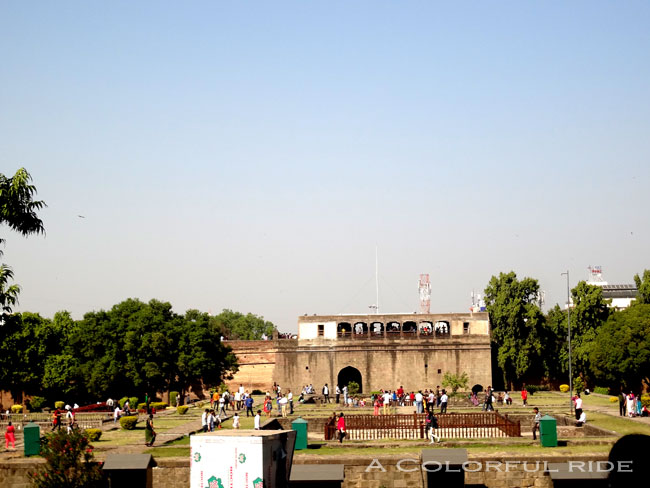 It was originally a seven storied building which was later raged by fire.  The ruins of the Shaniwar Wada survived leaving the stone base.  This fort has five gates and each of them depicts a story.  The Dilli Darwazai gate takes up one of the sides, while Mastani gate and Window gate take up the other sides.  Gates of Ganesh and Narayan faces south. The remnants of the walls of the fort were painted to retell the stories from the great epics of Ramayana and Mahabharatha. Besides, the fort has a lotus shaped fountain also known as fountain of thousand jets. 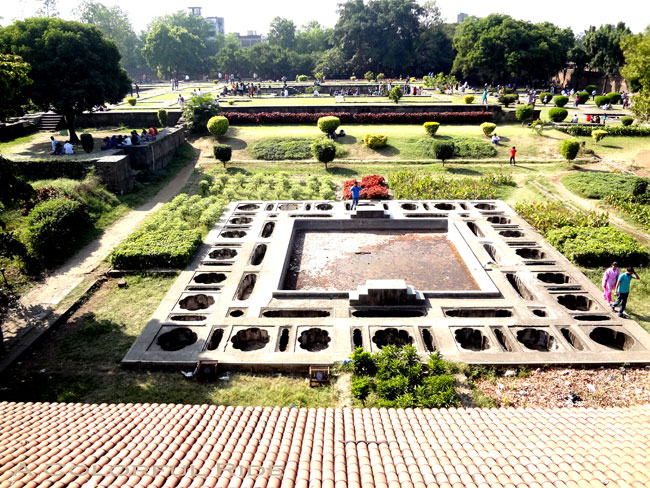 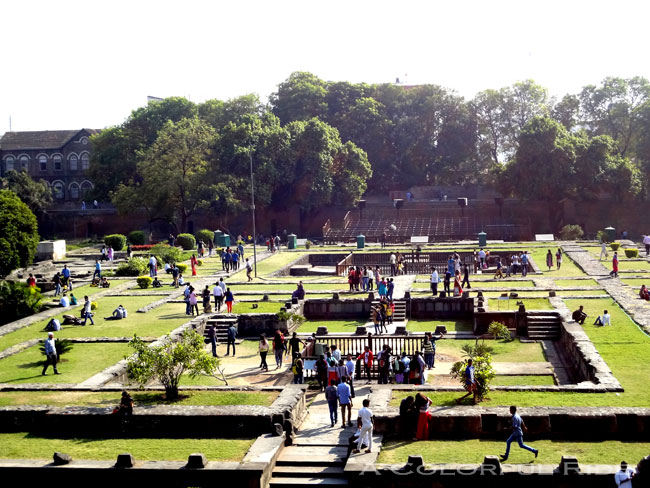 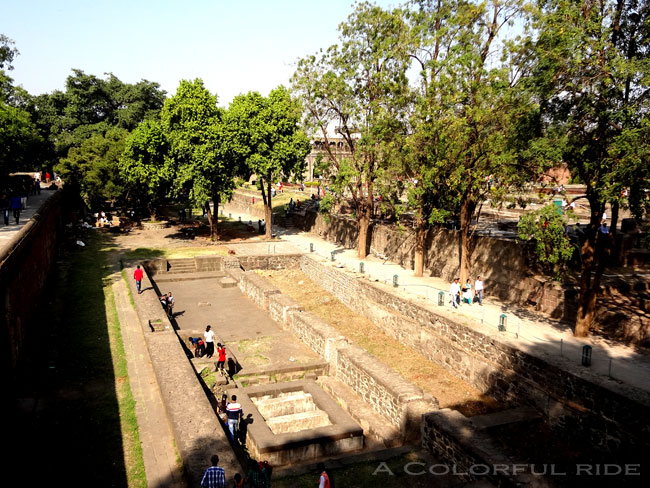 As you walk through the corridors, you could witness the magnificent beauty of the remains of the palace. 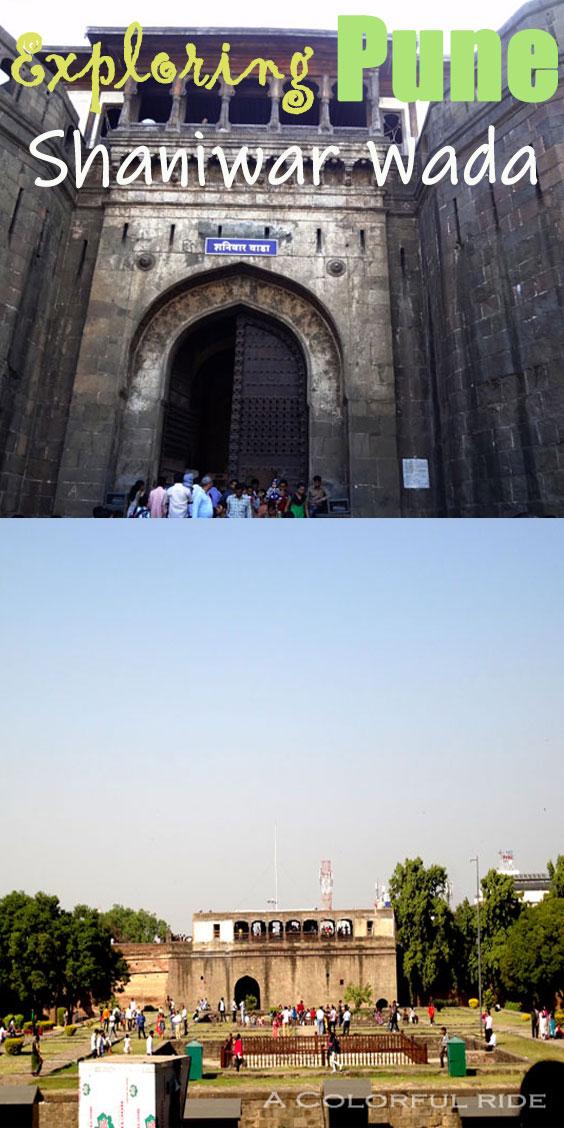 Shaniwar Wada is the most impressive among the ruins! Today, the fort thrives on its tourists who flock to see this fort among other must-visits in Pune.

Shopping in the streets of Pune:

How do you fill up an evening in Pune? Go for shopping! After we finished our lunch, we thought to go to some of the prominent streets well-known for street shopping. Streets like MG Road, FC Road, Laxmi Road and Fashion Street are quite famous for shopping where you can get everything at a cheaper price. The best way to discover these streets is by getting lost.

After wandering in all these streets, we bought only a few tops at Laxmi Road. In MG road, you’ll find vendors selling clothes in a big cardboard box and they are inexpensive. I was wondering how everything could be sold at a price of 100 Rs. Do not prefer to buy anything here as the quality is not worth the money.  Most of the things looked like a use and throw.

Fashion Street in Pune does look like the one in Mumbai. Your bargaining skills wouldn’t work with Pune shopkeepers. They will get to know you well before you speak in your broken language. A t-shirt worth of 100 Rs would be levied up to 300 Rs.  It may take a while to arrive at the best price. Besides, wherever we went we ended up with empty stares by the locals that made us to feel out of place. Our colleague at office has already advised us not to wander around in the streets after 6 PM as it’s not safe for girls.

For all branded clothes, go to Phoenix mall. They have a lot from Zara to Forever! Day two of our Pune holiday was spent getting to know the prominent streets for shopping.

Take a look at our trip to Pavana Lake, Lohagad Fort, and St.Mary’s Church in Pune!

IF IT’S PUNE, IT HAS TO BE SHIRDI!