The turquoise blue shore at Kappal Matha Church and Uvari Anthoniyar Church in Uvari have a story to tell.  The gleaming facade of Punniyavalanpuram Velankanni Church beholds the perfect goodness of God. We started for our next halt, the lost church of Athisaya Manal Matha.

It’s close to a 25 minute drive from Uvari. The sun sobered us up quickly as we reached and it was almost 1’o’ clock. It’s a desolate place!

With bright red sands glistening in blazing hot sunshine, it brings in the red desert in front of my eyes… 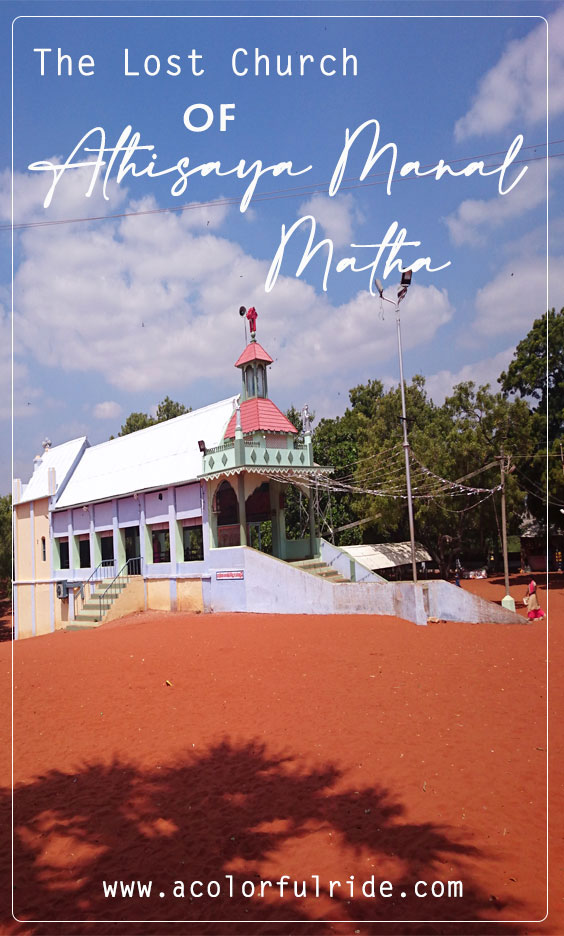 Athisaya Manal Matha Church (Our Lady of Red Sand) travels back in time in history, which was built initially by St. Thomas, with palm leaf thatch roofing in the 1st century AD. This prominent place was hidden for centuries under sand. A shepherd boy revealed its existence in the year 1798.

Then, it was excavated and restored carefully. It’s well preserved and maintained till date! 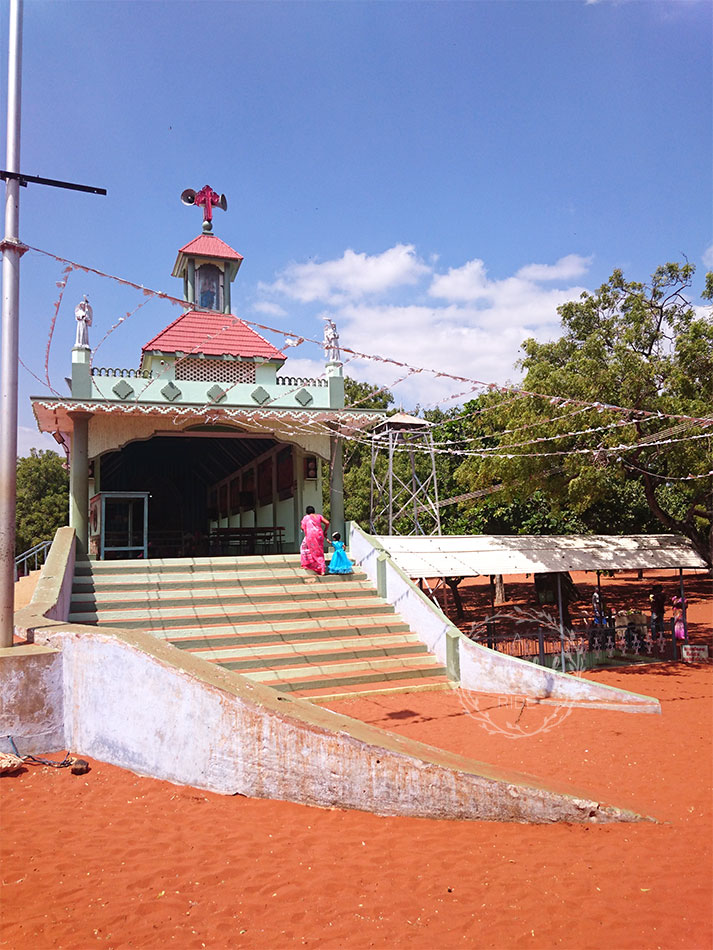 An old lady, with silvered hair gathered in a tight bun, with mango julienne in hand, struck up a conversation with us to know our whereabouts. She was so excited when we said, “We’re from Chennai”. We bought some mango juliennes and cubed watermelons from her, and asked her about the church history. Here it goes…

“The village was once ruled by a Pandya ruler, Kandappa Rasa. His family, devoured by an evil spirit, healed by the miraculous power of St. Thomas. As a token of love, he offered the land to St.Thomas to build the church for Mother Mary.  Later, Mary appeared to a devotee in a dream and asked him to build the church. It still has the cross carved out of wood by St.Thomas. 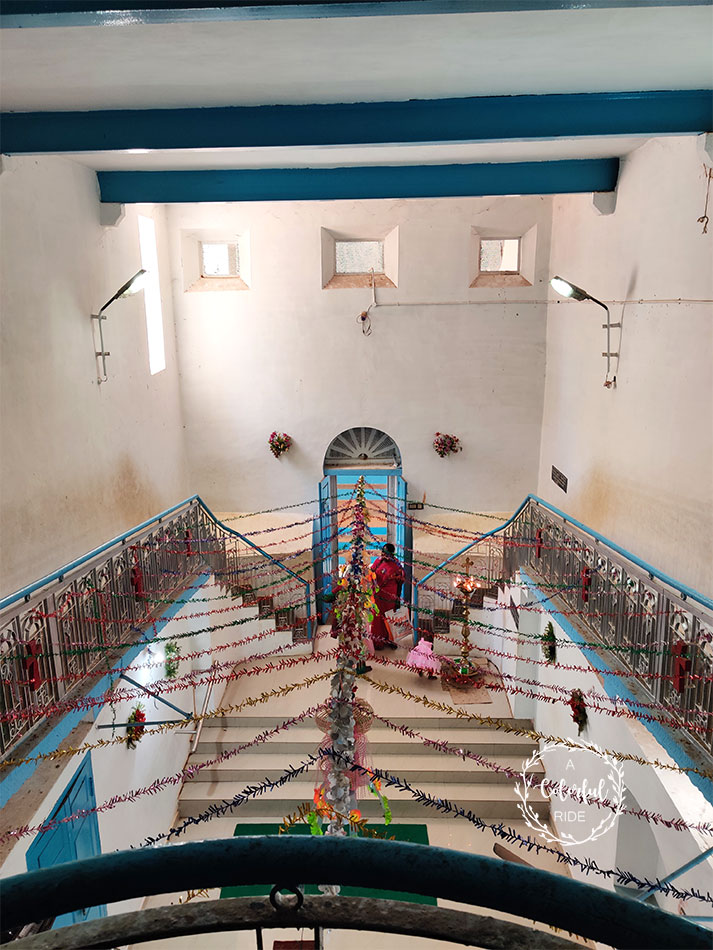 In the later century, story revolves around Sesu Mariyayee, a devotee of Mother Mary who suffered a lot in her early childhood and the lust of a rich man’s son has put her life to more distress. When she lost her husband to the ploy of a rich man’s son, her nobility was questioned by the people and brought in front of the king for justice.

She was then convicted with a punishment called Nadai Vilaku. She throbbed with pain, cursed on the land and on the people. The place was completely destroyed by the sandstorm and made it uninhabited for human inhabitants. 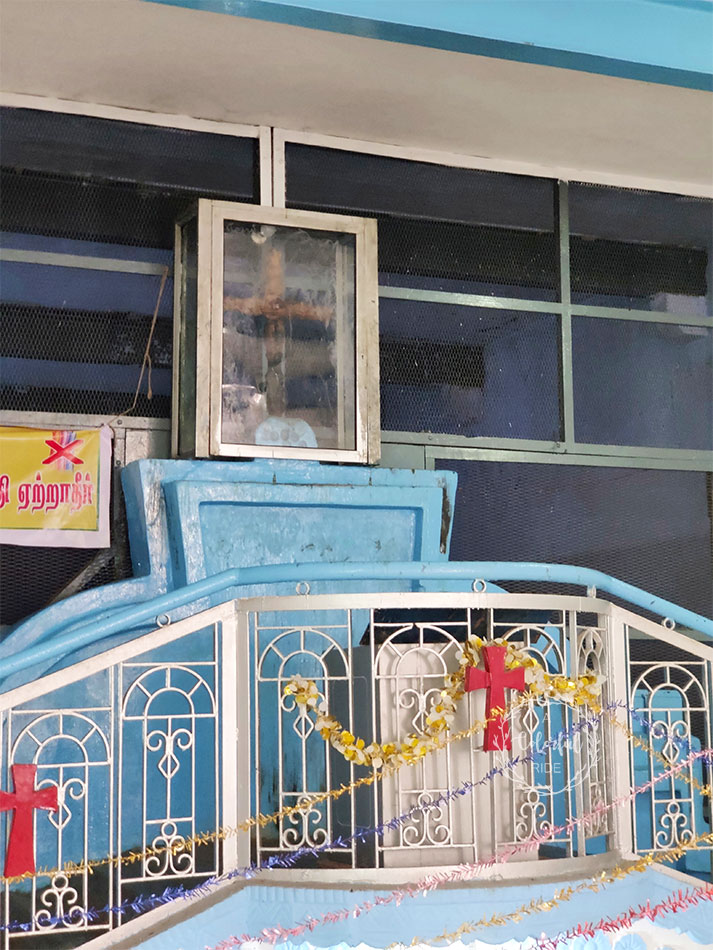 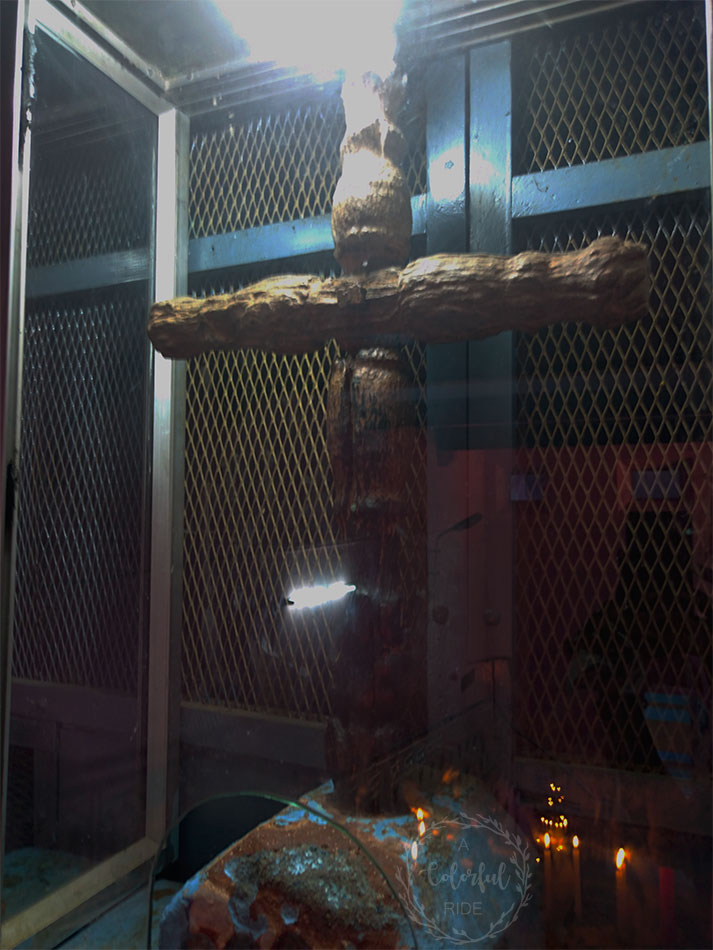 Later, a shepherd boy revealed its existence and then excavated by the people. The church and Mother Mary’s sculpture remained unscathed.” As she finished the story, most of us around got goosebumps… She further added that people don’t stay there after hours.

This was my second visit here. Unbound happiness surrounds me, as I revisit it here.  Definitely, with the miraculous power, Athisaya Manal Matha answers all your prayers. Have faith and visit once in your lifetime to take her blessings. 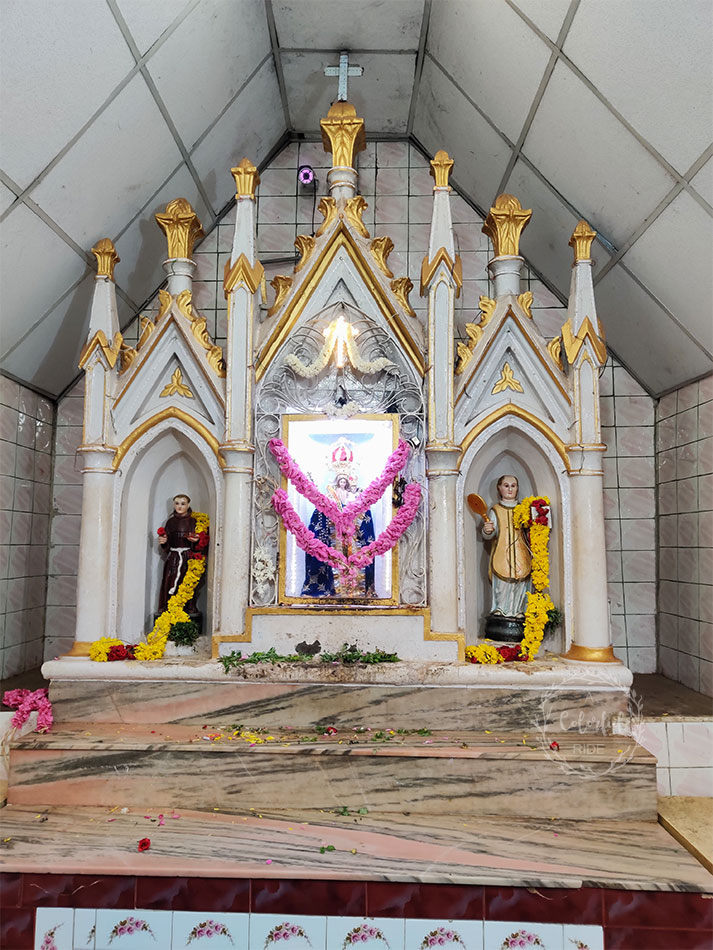 There are only one or two shops selling water and crisps. And, there are no other outlets or food joints here. So, bring your food from home. Restroom facilities are available here.

Afterward, we started for our next halt at Pothakalanvilai – Thirukalyana Matha Church, which is 10 minutes’ drive from here.

GULMARG – A SLICE OF UNDENIABLE PARADISE